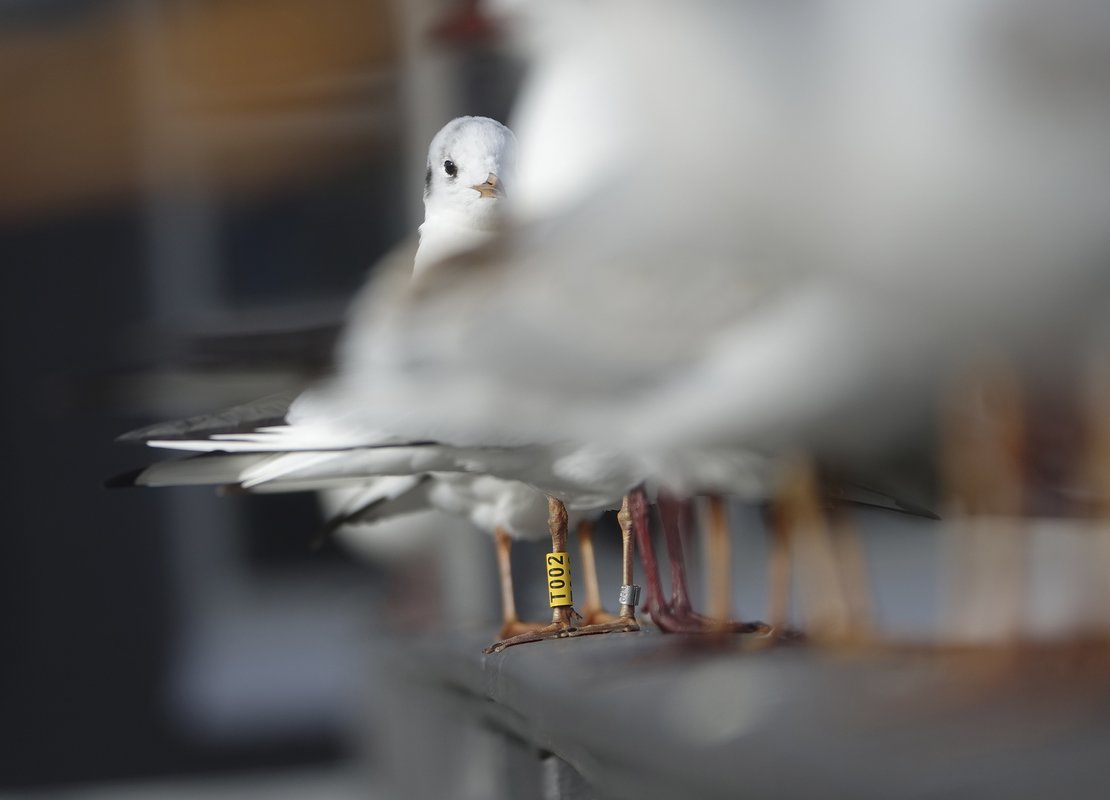 What the rings are all about

Ringing is used to study the biology and ecology of birds, i.e., to collect data on migration routes, breeding success, survival probability or population development. The knowledge gained is used to develop targeted protection measures, so that, for example, resting places can be protected or protected zones designated. Birds are most often fitted out with metal rings, which are usually fastened around their legs with the aid of special pliers. Often, for research projects, birds are additionally marked with coloured rings in order to more easily distinguish individuals from one another. Other special features of bird markings are coloured neck rings for waterfowl, wing tags for birds of prey, or coloured bands in various combinations on their legs.

Young birds are often ringed in the nest, while adults are caught for ringing through the use of special nets or other types of trap. However, only people who have been granted a permit by the relevant authorities, have undergone special training (ringing license) and are registered as ringers at one of the ring registries are allowed to catch and ring birds.

When birds are observed, recaptured or found dead, the rings are read and reported to one of the bird observatories. Most bird observatories/ring registries are networked with each other. The database makes it possible to track when the bird was ringed, where and how often the ring number was read, and at which locations it was read. The huge number of all birds ringed to date (over 200 million birds worldwide) and the large number of repeated sightings/readings of ring numbers have been used to identify the migration routes of a wide variety of migratory bird species. However, the ring findings merely provide points that can be connected. In comparison, transmitters, especially satellite transmitters, provide more accurate data and also information on winter residence (how long they stay, movement patterns in wintering grounds). Some types of transmitters also provide information on bird metabolism and behaviour. However, satellite transmitters are still too heavy compared to the body weight of most birds and are only used for larger birds such as the white stork or cuckoo. Another problem with satellite telemetry is that the transmitters are very expensive and therefore only a few individuals are equipped with a transmitter in a project.

What information does a ring contain?

Gallery of rings for black-headed gulls

When they are ringed, black-headed gulls are always fitted out with metal rings containing inscriptions that are several lines long. The ring registry is stated, e.g. “Museum PRAHA” for a Czech gull, “Gdansk” for Poland or “Helgoland Germany” for the ring registry in northern Germany.